Inside of the Wieliczka Salt Mine, a thousand steps seem to guard you from the surface of the world. A thousand false ceilings seem to call out and confuse your senses. So far away are you from the grounding blue of the sky and the sensation of dirt under your feet. Inside of this mine thousands of people toiled away to procure the medieval world’s main supply of salt.

Trading since the 13th century, the mine provided the landed aristocracy of the time with an expensive commodity to trade with. Salt was what made Poland rich during the medieval times. Not only that, but work down here was completely voluntary and (according to the guide), and a decent wage for the age and for the toil could be expected. 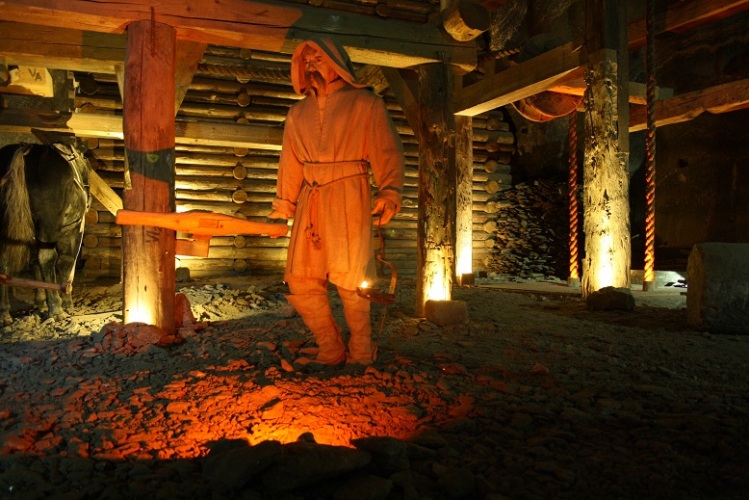 Some men lived their entire lives underground and a death in there was not uncommon. Some indeed dedicated their lives to salt, becoming immortalised by their own artistry. In the form of voluntarily carving a spectacular underground cathedral, a dedication to Christ but also a homage to their fellow workers who often lived and died in there, in the dark, dank and dangerous conditions.

Exquisite chandeliers rendered completely from salt hang from above a dining room that’s fit for royalty and underneath of the feet, geometrically placed and decorated tiles of sheer salt are polished to a marble sheen.

2 thoughts on “Travel: The Epic Story of Wieliczka Salt Mines in Poland”