Throughout history people have always speculated about what animals see. This resulted in some giant myths and half truths. Luckily, nowadays technology and science has caught up and can reveal the truth about seeing through the eyes of other animals, giving us a fascinating glimpse into their private lives.

Have specially adapted sensors in their eyes that detect heat and can pick up subterranean heat signals indicating potential prey. Rattlesnakes use this to see the vulnerable and hot spots of a victim before striking at the most vulnerable point. It’s also thought to keep them safe from predators too, as they can sense when they approach.

Horses have a better visual acuity (20/33) than cats (20/50) and dogs (20/75) with a slightly poorer vision compared with humans (20/20). They are essentially flight animals, which means that they are constantly on the lookout for predators. For this purpose, horses have the largest eyes of any land mammal, that are positioned on either side of their head. They have a range of vision spanning 350° with a slight blind spot directly in front of their faces. The can only see in blue and green and so anything red coloured appears to them to be slightly green. 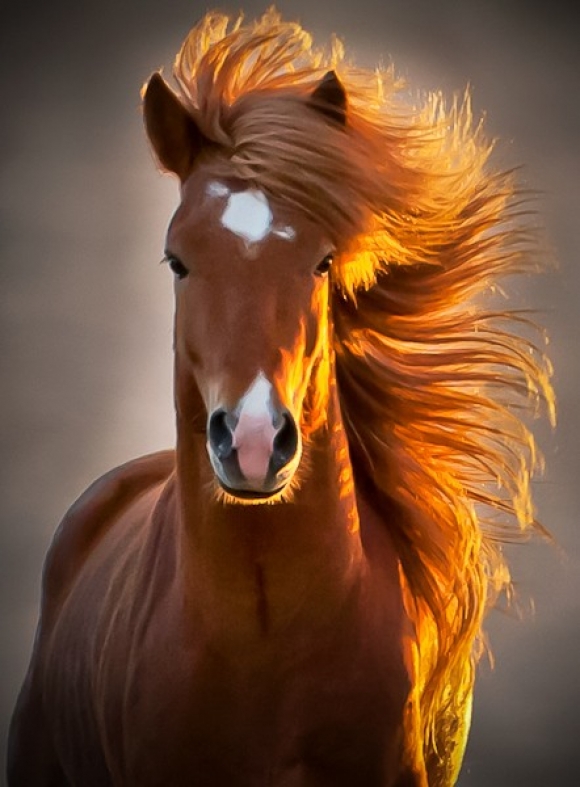 Like horses, dogs can only see in shades of blue and green. A dog’s visual acuity will vary considerably depending on its breed. Many thousands of years of dog breeding has meant that dog breeds vary quite markedly in their physiology and their corresponding ‘job’ for humans: lapdog, hunting dog, rescue dog and so on.

Long-nosed dogs often have a wider field of vision due to their physiological make-up and short-nosed varieties have a larger bundle of nerve endings in their eyes, meaning that they have better visual acuity compared to humans.

Most dogs have developed eyes for hunting; therefore they have eyes that can track movement far better than stationary objects. A dog can distinguish its owner from other humans at a distance of 900m when the owner is moving, but if they stand still this decreases to around 500m.

Why Does My Dog Watch TV?

Experiments have shown that dogs can recognise shapes that provoke a reaction in them like a silhouette of a dog on a wall or a video of a dog on YouTube. However, once they realise that they can’t physically interact with the other dog, they lose interest quite quickly. TVs are optimised for human usage at 50-60Hz and dog vision is from 60-70Hz, which explains why their attention wavers pretty quickly when they try and watch TV.

I’ve written about Bees and their immaculate powers of sight before. Which animal’s eyes would you like to see through for one day?

7 thoughts on “Debunking Myths And Fascinating Facts About Animal Eyesight”