Found in the David Rumsey Map Collection online, this poster entitled Ínternet Road Map from the magazine PC Computing dates from the quaint year of internet history, 1996. Back when I was a teen and when ‘surfing the web’ was something only geeks and introverts did, and therefore which I did with fervour using some monstrous Compaq or HP beast and using a full mechanical keyboard. This poster dates back to the time before Google, when AltaVista, AOL and Netscape Navigator were the internet browsers of choice.

In this infographic below you can visualise in a really straight-forward way, the component parts of The Internet in 1996, including the vast majority of websites that one could browse to.  See the original here. 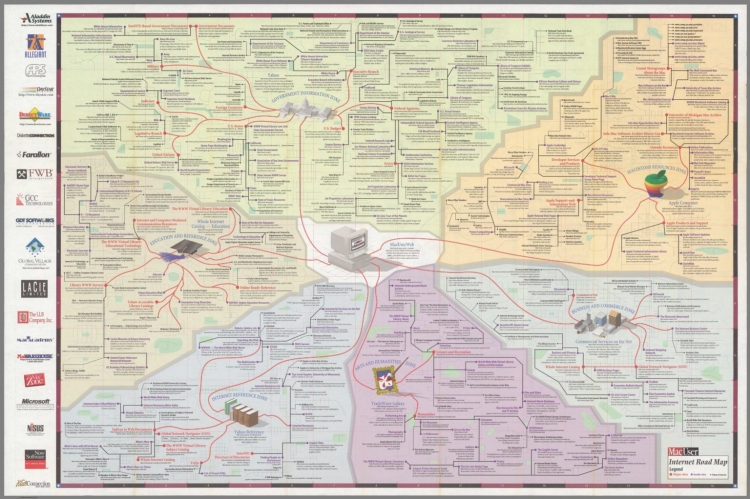 Here below is another a nice looking infographic about the enthusiastic players for early internet search engine domination. Many chancers fell to the wayside and into the oblivion when the first tech bubble burst. And then of course there was Google but that didn’t happen for a long time after. In the mean time, analogue kids like me learned how to adapt, thrive, communicate and socialise on this sparkling, menacing, promising and threatening behemoth. We had no inkling then of how critical it would become for everything and how our every waking moment would become dominated by the online world. Back in 1996 it was just a cool way to shoot the shit and avoid awkward teen social interaction. 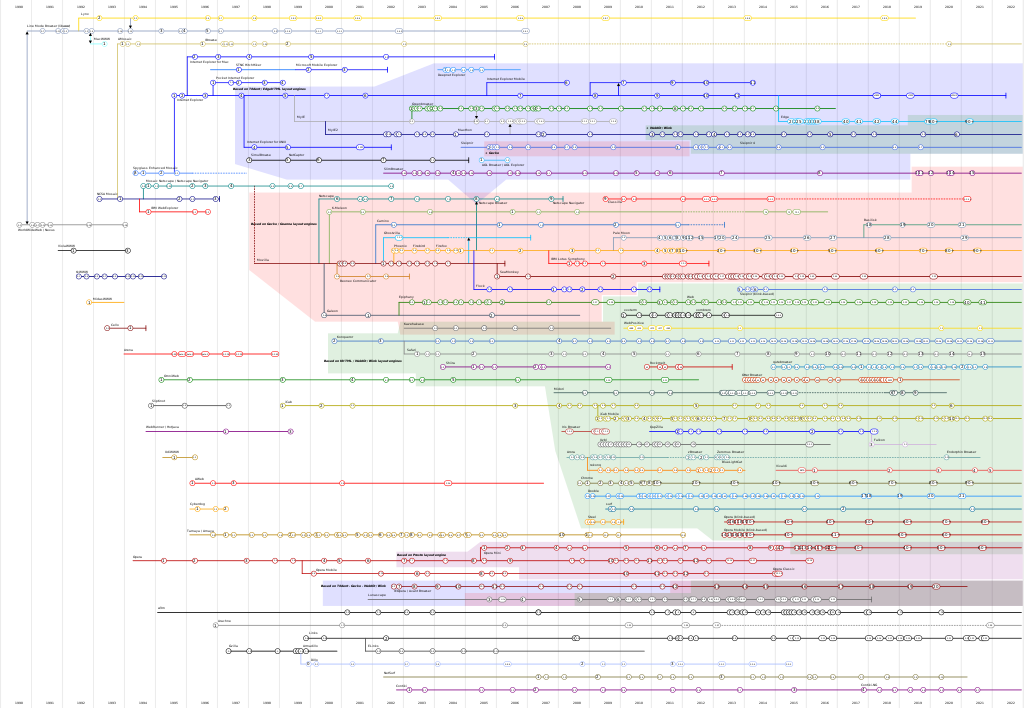