Here is another rough diamond plucked from the caverns of Content Catnip’s vault, this post from 2014 and resuscitated for your enjoyment. I still love megafauna just as much, even now.

Introducing the Sky Bastard who once sparked universal terror in the hearts of my Māori ancestors.

He was originally named  Te Pouakai or Te Hokioi by Māori iwi. When Cook and his crew landed in New Zealand they wrote off the Māori legend of Te Pouakai as just a fanciful story. Fast forward to the 1870’s, a fellow named Haast found the bones of a gigantic moa-eating eagle. So it turns out that nobody was making anything up.

To give you a sense of scale, here are some terrifying snaps of the world’s biggest extant eagle, the Golden Eagle.

The Haast’s Eagle A.K.A Sky Bastard was 40% bigger than this…

Sky Bastards were the biggest and most terrifying birds of prey to ever have graced the earth. They had a wing span of 2 to 3 metres. Although they weighed around 13 kilos, he was able to eviscerate animals much larger than this with their 9 cm claws, which are around the same size as a tiger’s. They could take down moas – which were a series of gigantic bird species, some of them weighing up to 250 kilos. They could swoop down at 80 km per an hour and disembowel and crunch the bones of a moa or a person within a couple of seconds. If you are struggling to imagine how this would look, this may give you an idea

These terrible blood-thirsty creatures were the last true raptors on earth. According to some iwi, pouakai are descendants of the star Rēhua. Te pouakai would bide his time and pick off lone women, children or elderly people if they strayed too far from the Pā (village). Their claws were powerful enough to snap skulls and spines in only a few bites. 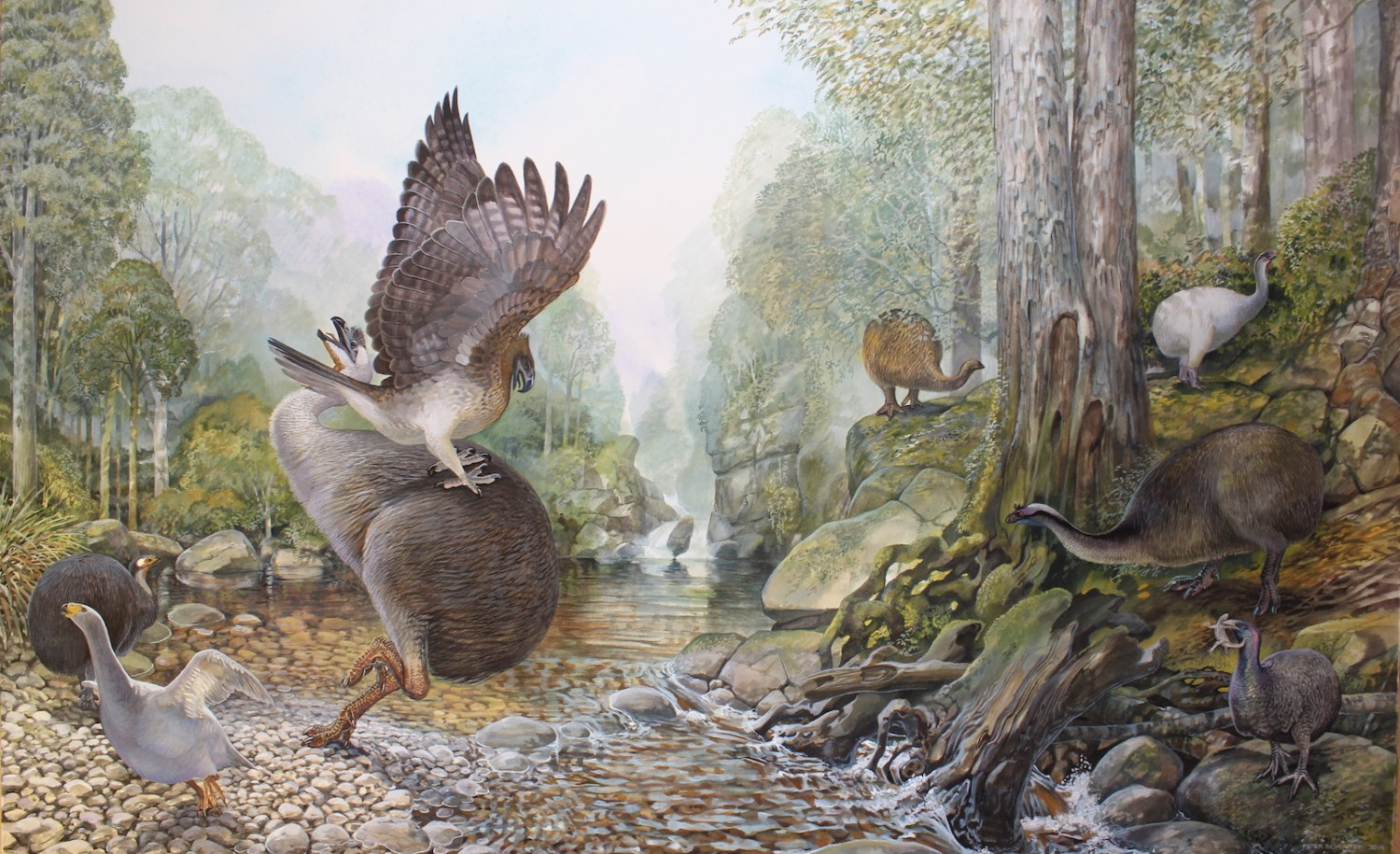 Haast’s Eagles i.e. Te Pouakai i.e. Sky Bastards were estimated to have diverged from a smaller species of eagle endemic to Australia about 1.8 million to 700,000 years ago. This is fairly recent in terms of evolutionary adaptation. It suggests that Te Pouakai increased their weight 10-15 times over this period. This is would mean they had the greatest and quickest evolutionary increase in weight of any known vertebrate!

Basically everyday was all-you-can-eat buffet for Sky Bastards. They had a free for all with all of those fat, flightless birds in Aōtearoa. They were gorging themselves over aeons in the absence of any other large predator (including humans) in Aōtearoa. This is why Māori came up with a highly appropriate name for them: The Old Glutton/Te Pouakai.

From the Cenzoic period up until the Polynesians landed in New Zealand, life was pretty peachy. Aōtearoa was home to many types of flightless birds that occupied a broad range of niches and habitats. The most famous of these were the 9 species of moa, which ranged in size from 20 to over 250kg. These birds made up Te Pouakai’s staple diet.

Māori hunted Te Pouakai’s main food source, the moa to extinction in around 1600 AD. Therefore the Sky Bastard/Te Pouakai went the same way soon afterwards. We know this because of the gigantic bones that have been found in middens and fashioned into ancient tools.

I have drawn copious amounts of inspiration for this post from the always amusing Badass of the Week article about the Haast’s Eagle.

Whenever I go hiking in New Zealand, I imagine what it would have been like to see this shadow fall over the sky, the dread and terror that would have wrought for my ancestors. What a majestic bird….Sky Bastard or not, it is very sad indeed that they are no longer around!

Life in the Cenzoic Era

Badass of the Week: Haast’s Eagle