Another film that featured at the New Zealand International Film Festival was The Distant Barking of Dogs. It’s the story of a young boy and his family who live on the Ukrainian and Russian border, on a slice of disputed land that is being fought over tooth and nail, for years. The people in this documentary try to live normal lives, eating and sleeping to the soundtrack of the crackle and boom of bombs and machine guns reverberating around them. 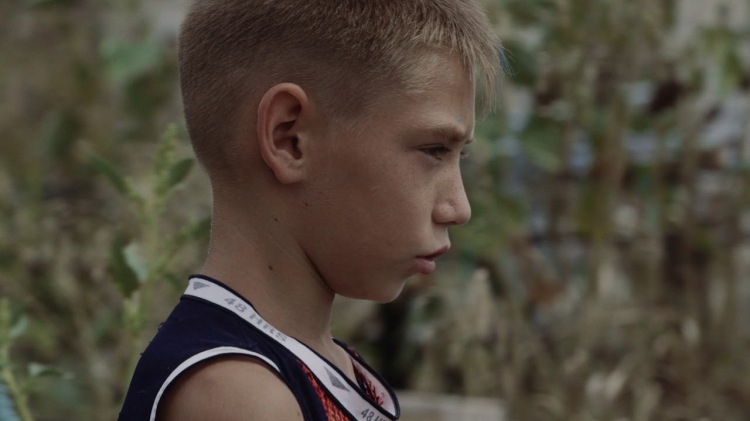 Notice a theme here? All of these films I’ve reviewed are Slavic and Baltic films, well you would be right because my partner is from this part of the world and this region holds deep fascination and love for me and an intense connection for him that can sometimes cut very close to the bone.

Slavic countries are fraught with a hard-worn history. Poland particularly has been beset on all sides by conquering forces that sought to destroy it.

And so, anyone you talk to from this region, of any age is deeply and completely affected by this recent past that stirs and hangs around like an elephant in the room, evoking memories.

The Distant Barking of Dogs is a good example of how cinema reflects in an intense and raw way, the lived experience.

A feeling of deep uncertainty and anxiety surrounds the people in this documentary. Nobody is safe and everybody’s grip on life is so tenuous and vulnerable that you will feel as though you want to wrap them all up in cotton wool. This is a great film to see if you want to be thankful for living somewhere safe and away from war.

It’s most definitely not a feel good rom-com, so if you don’t want to think for 2 hours then this isn’t the film for you.

3 thoughts on “Film Review: The Distant Barking of Dogs”