We Are Not Ourselves is the story of an Irish-American family, and the life of the protagonist Eileen Tumulty, which is shaped largely by her marriage to academic Edmund Leary and son Connell. 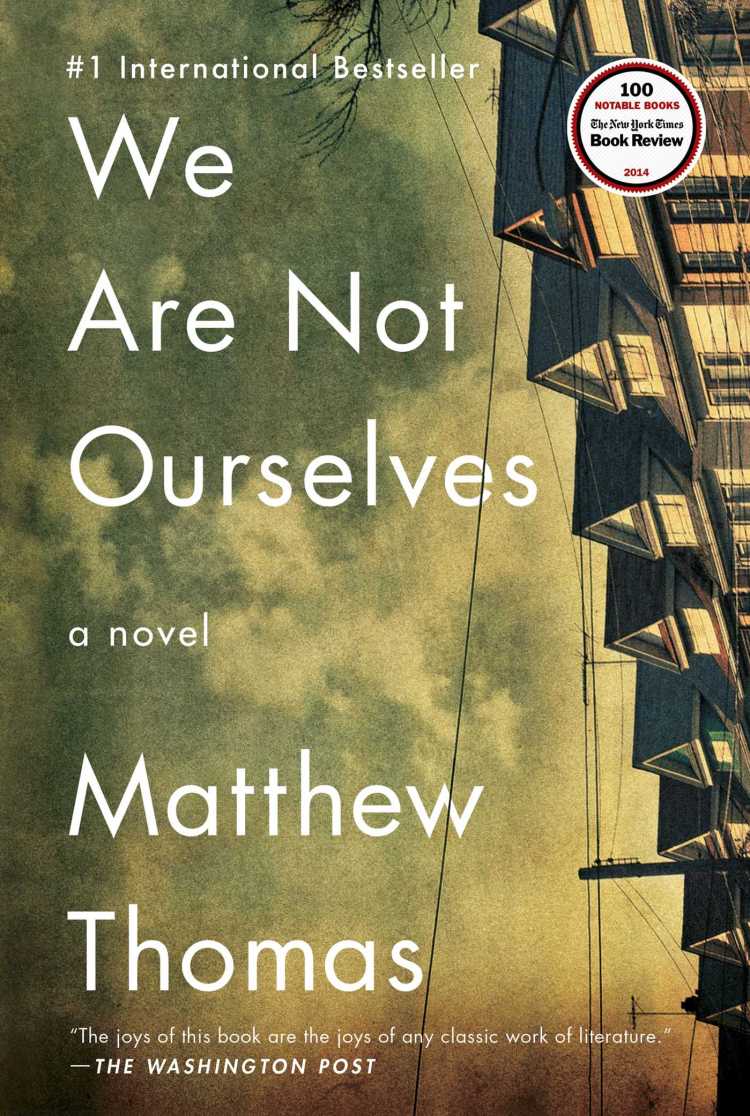 Eileen comes from a hard-drinking, hard-living Irish working-class background. As a child she’s scarred by alcoholism and attempts throughout the book to gain a stronghold on her surroundings and those she holds dear. Her labour of love and sacrifice for her family causes her melancholy and isolates her. That feeling of familial isolation is poignantly realised throughout the book.

Thomas has created an intense character in Eileen. She is a passionate woman but someone who stultifies her own feelings and comes across as cold towards her family, a trait that isn’t very endearing.

She relentlessly pursues a better more middle-class life for them throughout the book. This is at times compelling and at times is also completely boring. I found it hard to care much at all for her as a character.

It’s not until ¾ of the way through this book that we gain the knowledge that Eileen’s husband has Alzheimer’s disease. This shocking realisation comes along far too late in the novel in my opinion. There is a whole lot of seemingly pointless scene-setting early on making this a long and meandering book that tends to focus too much on tiny minutia and has a slow-burning plot, which quite frankly I tired of after reading three quarters of the way in.

I don’t know what I was expecting from this kitchen sink and Alzheimer’s drama, but it didn’t deliver it.

All kudos and respect to Mathew Thomas, this is his first book and it was celebrated by critics for its sensitive and poignant emotive touches. Also in terms of capturing a family in the midst of a turbulent emotional rollercoaster of Alzheimer’s disease, it was deftly put together. There seemed to be a lot of filler at the start though. I just didn’t find this book dynamic enough or its characters likeable enough to finish it.