These photos of Australian female criminals come from a series taken between 1910 and 1930 by the NSW police. For the benefit of the modern-day reader, a surprising amount of detail remains of the subjects’ stories. Unlike a typical mug shot, these women were allowed or perhaps even encouraged, to compose themselves or position themselves in any way that they wanted.

In these photos, they seem to still be vexed and haunted by their personal dramas and histories. These visibly hang over them like a dense blanket of sadness, anger or melancholy. 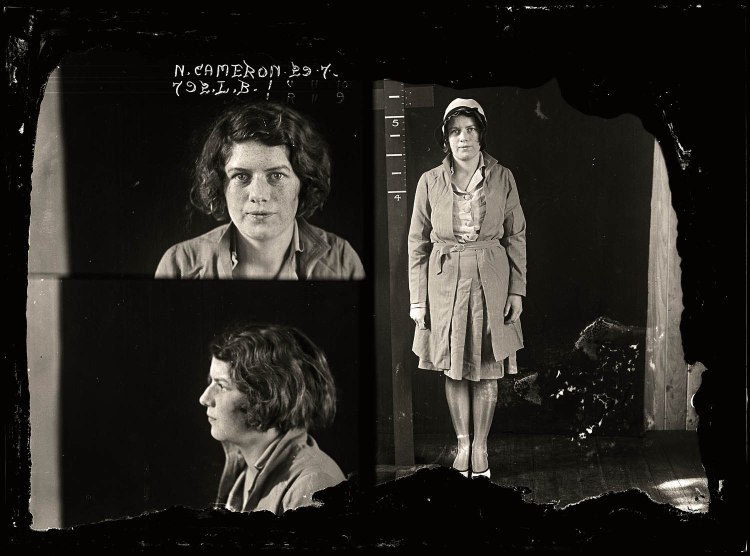 Nellie Cameron was one of Sydney’s best-known, and most desired, prostitutes. Lillian Armfield, Australia’s first policewoman, said Cameron had an ‘assured poise that set her apart from all the other women of the Australian underworld’. Aged 21. (1930) 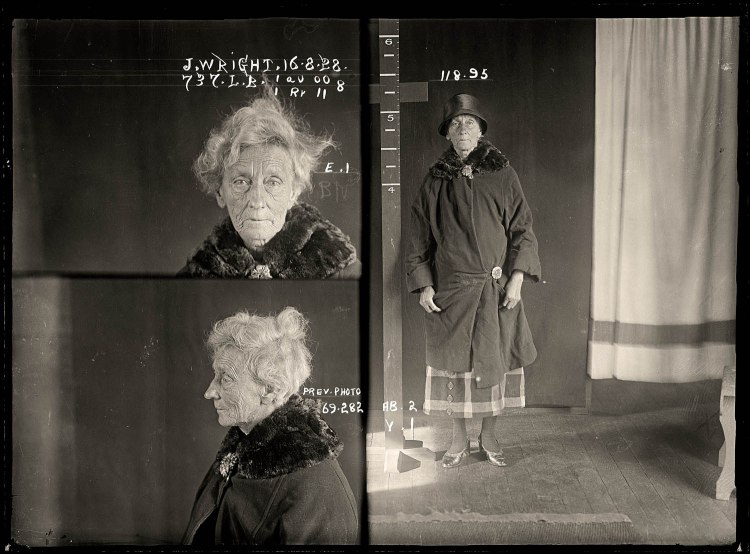 Convicted of using an instrument to procure a miscarriage. Janet Wright was a former nurse who performed illegal abortions from her house in Kippax Street, Surry Hills. One of her teenage patients almost died after a procedure and Wright was prosecuted and sentenced to 12 months hard labour. Aged 68. (1922) 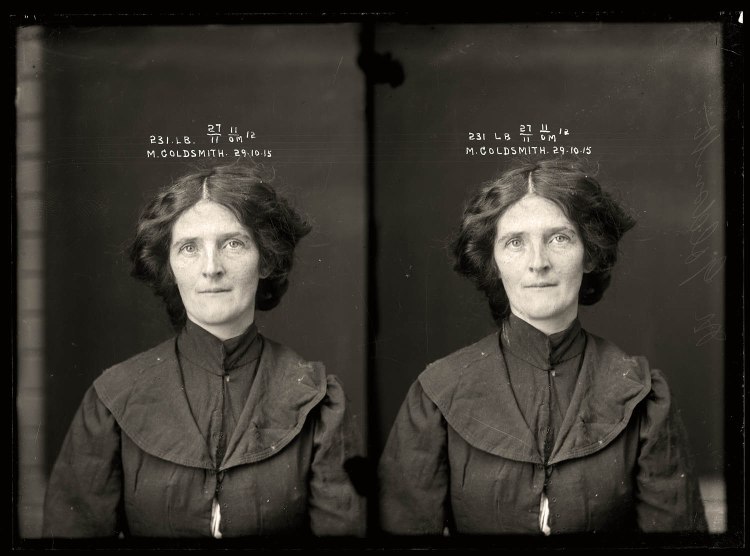 Convicted of stealing. Muriel Goldsmith looks like a country schoolteacher but was actually a prolific thief with a string of aliases. She was found guilty of stealing money and jewellery from the Criterion Hotel in Wagga Wagga, New South Wales. Aged 25. (1910) 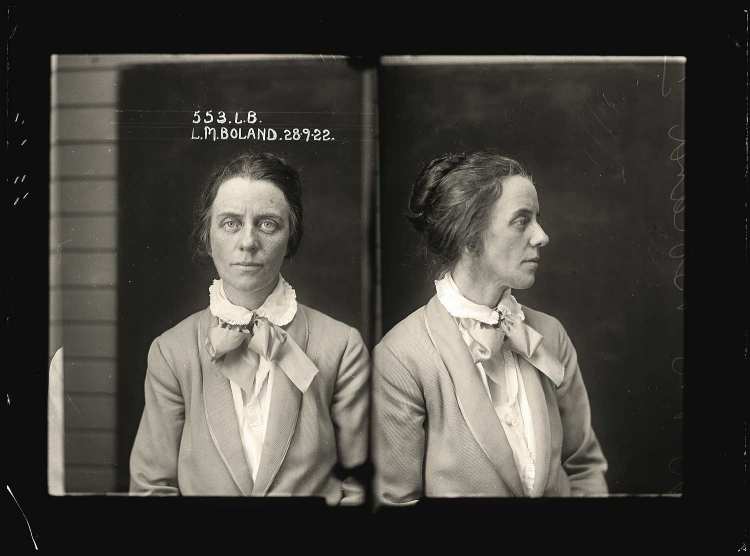 Convicted of conspiracy to procure an abortion. Lillian Boland worked as a secretary for an illegal abortionist who operated out of a dentist’s surgery on Oxford Street, Paddington. Boland protested her innocence and ignorance of the ‘doctor’s’ work; however, the court decided she must have had detailed knowledge of the business and handed her a suspended sentence of 12 months hard labour. (1922) 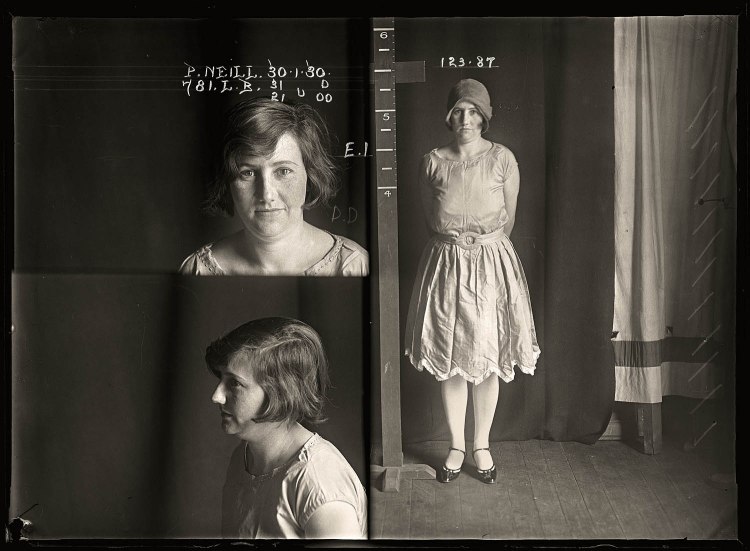 Charged with theft and possession of cocaine. Barmaid Patsy Neill was involved in various criminal activities including theft and selling cocaine. In 1932 she had a disagreement over money with the infamous sly grogger Kate Leigh, which led to Neill being threatened with a gun. Neill was described in the press as ‘looking like a mannequin on parade’. Aged 26. (1930)

There was a potent alchemy of forces that led these women to this infamous point in their lives. Yet this will always remain a mystery. Was it mental illness, learned habits, a series of bad choices? Were these women simply in the wrong place at the wrong time? The interplay of innocence and culpability is really what captures the imagination.

During their own era, they would have been seen as an abomination. Now we view these women in a more sympathetic and curious light.  Their haircuts, stances, clothing and facial expressions are all that we have to guess at their true selves. It reminds me of the book Alias Grace by Margaret Atwood. 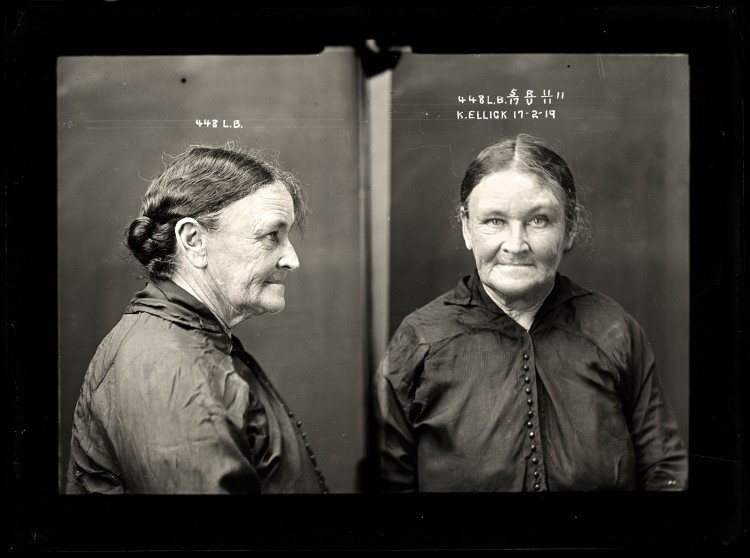 Kate Ellick had no family to support her and no fixed address. In the early 20th century employment options were limited for women of her age and there was no aged pension. Ellick was homeless when arrested in Newcastle and was sentenced under the Vagrancy Act to three months in prison. DOB: 1860. (1919) 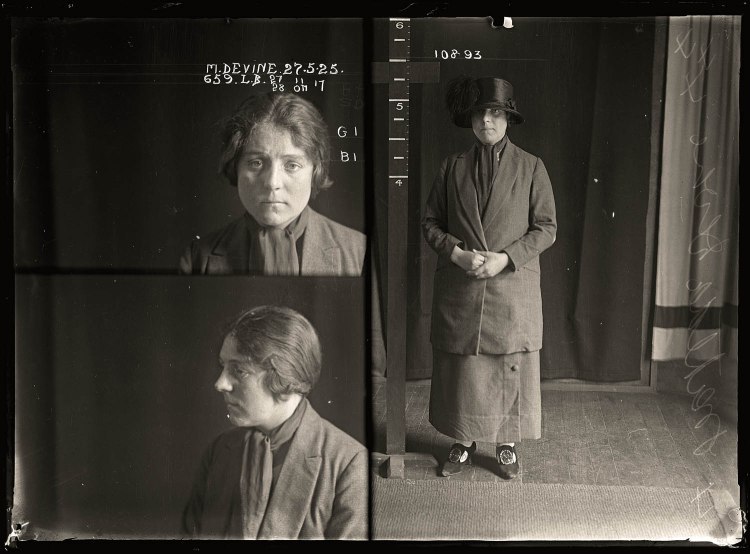 Matilda ‘Tilly’ Devine used a razor to slash a man’s face in a barber’s shop and was sentenced to two years gaol. She was Sydney’s best-known brothel madam and her public quarrels with sly-grog queen Kate Leigh provided the media with an abundance of material. Aged 25. (1925) 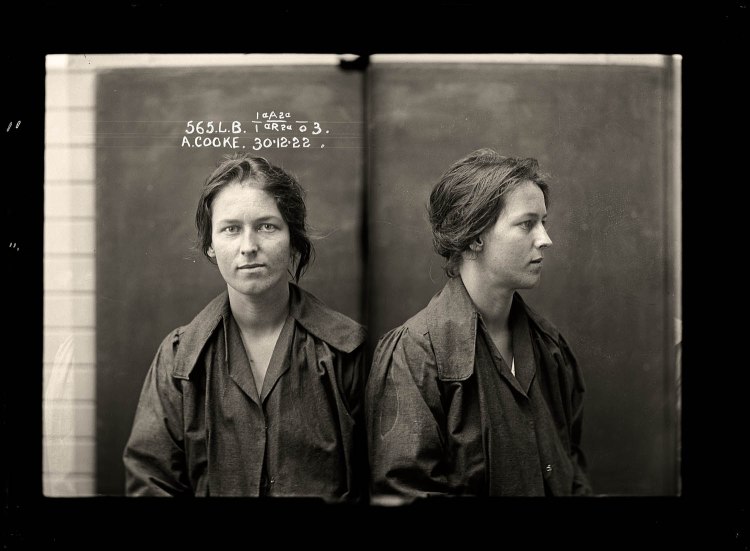 Convicted of bigamy and theft. By the age of 24 Alice Cooke had amassed an impressive number of aliases and at least two husbands. Described by police as ‘rather good looking’, Cooke was a habitual thief and a convicted bigamist. Aged 24. (1922) 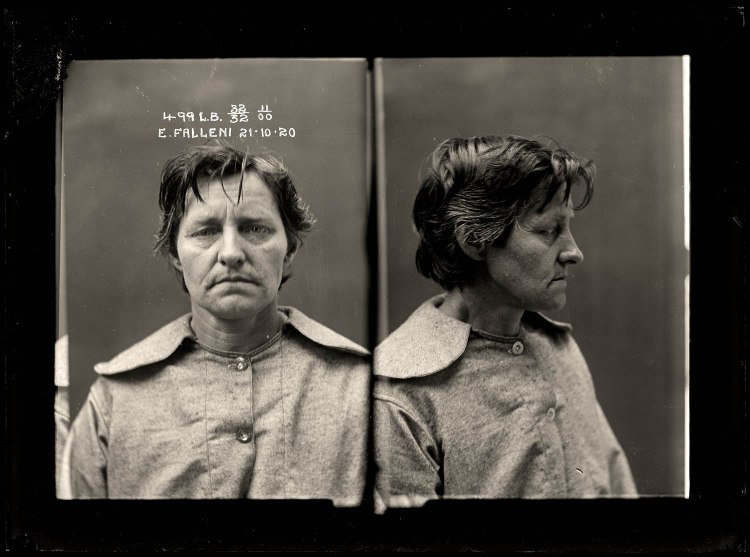 Crime: murder. Eugenia Falleni spent most of her life dressing as a man and most people who met her believed her to be a male called Harry Crawford. In 1913 Falleni married a widow, Annie Birkett, whom she later murdered. The case whipped the public into a frenzy as they clamoured for details of the ‘man-woman’ murderer. (1920) 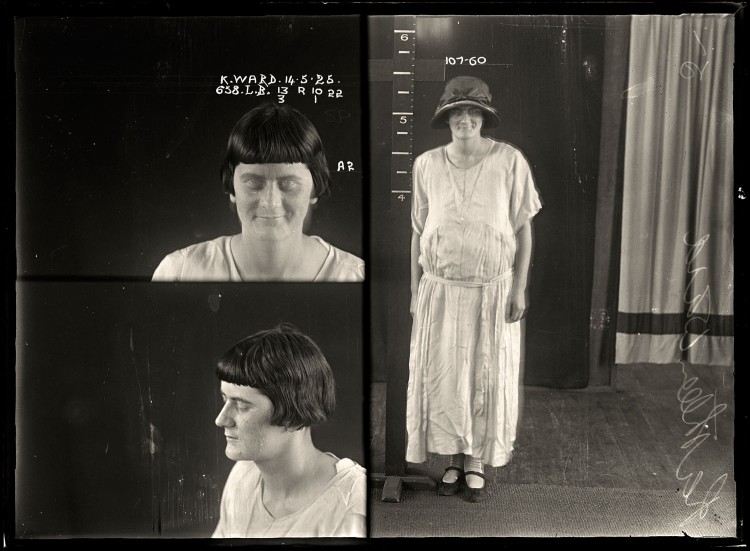 Kathleen Ward had convictions for drunkenness, indecent language and theft. She obviously enjoyed thumbing her nose at the authorities, as can be seen in this image where she appears to have deliberately fluttered her eyes in order to ruin the long-exposure photograph. Aged 21. (1925)

Some of these women seem to be victims of the age they were born in. Teleport them to today and they would probably do better.What do you think?