Dorothy Grebenak was born in Nebraska in 1913 and was a self-taught rug maker who originally made rugs stocked in a Brooklyn museum. Although these weren’t rugs in the folk style, they are designed to be displayed on walls as art. These rugs were depictions of humble and everyday objects, which brought them into the same artistic sphere as the infinitely better known artist Andy Warhol. 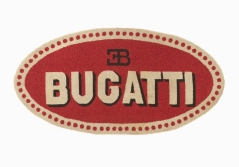 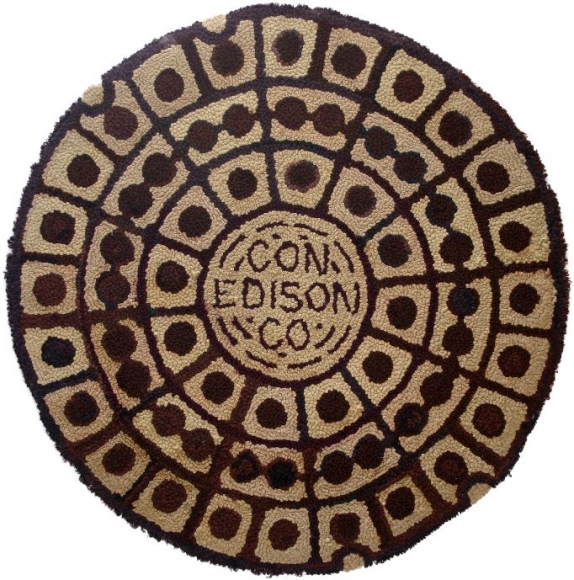 Grebanak worked exclusively within the medium of hooked rugs. She focused on the motifs of everyday like US currency, telephone dials, liquor labels, boxes of detergent, man-hole sewer covers and optometrist charts. Through her pop art she blurred the lines between traditional folk art, pop art and crafting and she challenged the status quo of Pop Art which was a largely male dominated field in the 1960’s.

In 1963 and 1964 Grebenak had two solo exhibitions at Allan Stone Gallery and was sold mostly to private collectors. She featured in a couple of group exhibitions and was included in the Milwaukee Art Museum’s Pop Art and the American Tradition exhibition in 1965.

In the 1960’s her manhole cover rug featured on the cover of a leading national magazine. Although sadly Grebenak vanished from the public eye after her modest commercial success. Her creative work has largely disappeared and her rugs have either vanished or fallen apart. She relocated to London in the 70’s following her husband’s death, where she died in 1990. She leaves a powerful and much underrated Pop Art legacy.

Read more of her story on Hyperallergic