So far I have lovingly described a lot of Sydney natives who live under the sea. In our final of the series I look at the Gloomy Octopus and Eastern Blue Devil Fish, two of the most reclusive, mysterious and strangely beautiful residents of Sydney Harbour. I hope that you’ve enjoyed this series on Impossibly Beautiful Marine Life in Sydney Harbour. And that this series has inspired you to get out on the water. Please give me a shout to let me know what you think!

This is the largest octopus commonly seen in Sydney and grows to about 80 cm. Unlike cuttlefishes and squids, octopuses have no shell at all. They are known for their voluptuous and globular shape and tendency to glide in undulating motions through the water – their movements can appear quite hypnotic to human eyes.

The common Sydney octopus has a rust red coloured underside that tapers to the tip. It’s a stunning sight to see them creeping up the rock ledge on a dive. They are relatively territorial so divers should be careful if they enter their lair. While they won’t attack you, they will get annoyed as they tend to want to keep the crabs, snails, bivalves and molluscs for themselves and won’t want to share with any visitors.

The octopus will sit inside of its lair made of rocks and rubble, laying in wait for prey to appear. At night they hunt using sharp beaks to feed on small molluscs and bivalves. They can change their colour to camouflage themselves in the surrounding seaweed. Common Sydney Octopuses are a protected species in Sydney Harbour and so under no circumstances are they to be taken from Australian waters or ocean platforms.

The Eastern Blue Devil Fish Paraplesiops bleekeri is also known as the Bleakers Blue Devil Fish. They are a captivating and startling blue colour. Elusive by nature, they live alone in caves and crevices during the day time, and are generally only spotted by night in the reefs of Sydney Harbour. They will stay out of your way on a dive and move back into a cave or crevice until well hidden.

Found in offshore waters, estuaries and inshore reefs in NSW, southern Queensland and Montague Island, they are lone wolfs so to speak and rarely will you find them in groups. Due to their reclusive nocturnal nature, not much is known about their diet. Eastern Blue Devil Fish are a protected fish in NSW. Hence there are heavy penalties for taking, selling or possessing them. This is because of their relative rarity and low level of abundance. They are also under threat by the illegal fishing and aquarium trade.

A male Eastern Blue Devil Fish will hang out in a cave environment to defend a territory against other males, for greater safety and to attract a mate into his abode. The mating season is in spring and once the male copulates with the female, fertilised eggs are attached to the roof of the cave until they hatch. Then free swimming larvae about 4mm long hatch and settle into the reef areas until they are about 10mm in length, from there they grow and grow until adult size.

Why You Should Be Careful

Don’t take any fish that you’re not sure about from Sydney Harbour. When divers or fisherman illegally take protected species, it can mean a fine of up to $55,000 for a corporation or $11,000 for individuals and 3 months in prison. 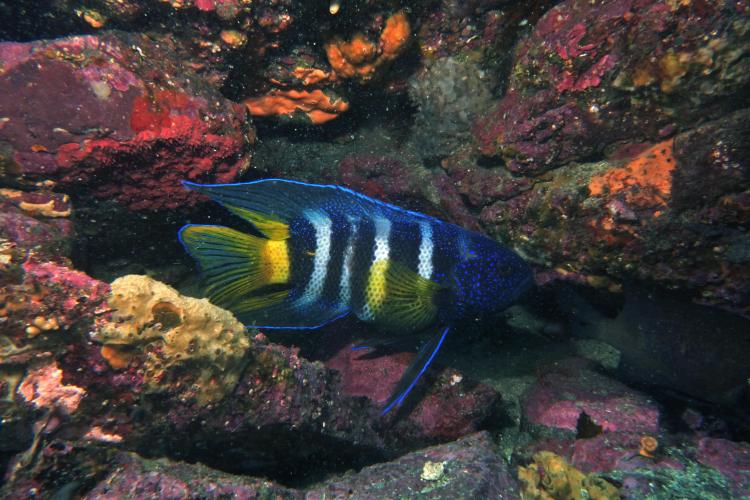 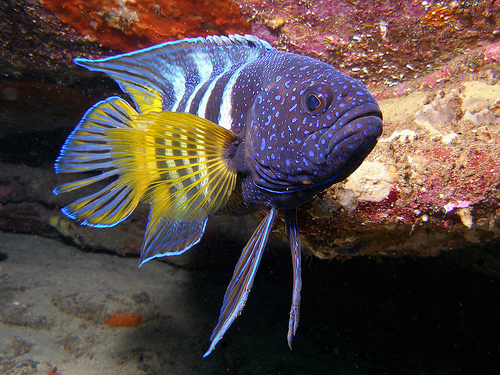 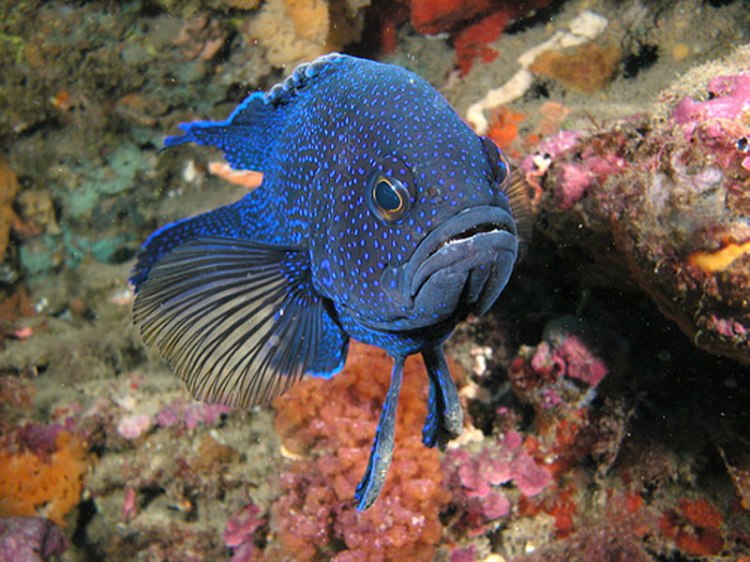 This article was originally written by Athena Dennis for Choice Charters Sydney.

What Montaigne Can Teach Us About Deep Sea Aliens