In 2014, actress actress Tilda Swinton was awarded with the Rothko Chapel Visionary Award at the The Rothko Chapel, which is home to fourteen of Mark Rothko’s paintings.

This luminous chapel is a spiritual and human rights center whose mission is “to inspire people to action through art and contemplation, to nurture reverence for the highest aspirations of humanity, and to provide a forum for global concerns.”

Tilda Swinton’s speech after accepting the award is full of wisdom and grace. She’s an iconoclast, a mystery woman from another planet.

“I had a dream last night that my brother told my father why I am here tonight and my father misheard the name of your most generous prize and declared those who honour me highly perceptive to be recognising me with a Contrary Award. I am sincerely humbled by any honour you do me.”

“Discovering the landscape of a world inhabited by artists has been one of the miracles of my life.

I was brought up in a world where art was something owned and insured – usually inherited: but seldom if ever made by anyone I knew.

I had an early inkling that there was fun to be had over the hill, like the feeling when faced with a sunset that someone’s throwing a mega awesome party just beyond the nearest cloud, and I set off to join the caravan. Let’s just say I was in search of company, headed towards the glow, and I found it. 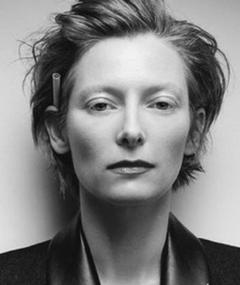 Art is good for my soul precisely because it reminds me that we have souls in the first place.

It occurs to me on a regular basis that the cinema carries the potential to be perhaps the most humane of all gestures in art: the invitation to place ourselves, under the intimate cover of darkness, into another person’s shoes, behind another set of eyes, into another’s consciousness. The ultimate compassion machine, the empathy engine.

Here is the darkness.

When my children were ten, they came back from school elated one day to tell us they had started the supremely grown-up business of learning science.

When we asked them about their first lesson, they proudly announced they were addressing the study of light.

When we pressed them to describe how their teacher had approached the topic, with the bemusement of those genuinely unaware that there could ever be any other way, they told us that she had closed all the shutters and that they had sat in the dark for an hour.

Where I live in the far north of Scotland, the question of light is an axis central to every season, to every day. In the topmost branches of June, the skies turn navy blue just before midnight and hover there until about 3:00 when the sun comes blooming up again.

At the turn of the year, on the other hand, a long lunch folds itself into the evening before you know it, and then into night-night blackness until way after the school bell in the morning. 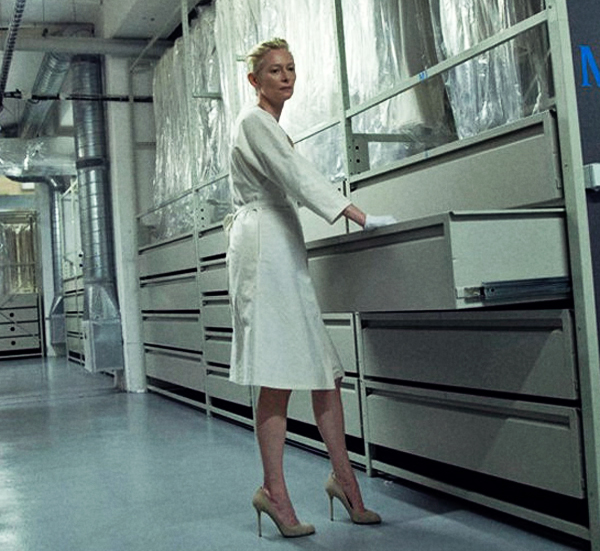 A fisherman I know from a nearby village told me one day that he and his brothers had long ago pulled up a massive turtle, far from its tropical home, onto the deck of their boat in the North Sea off the east coast of Scotland. He described how it lay there, unfathomably exotic and helpless amongst the mackerel, and that he would never forget their discussion about its fate.

‘What is it? No idea. Let’s kill it.’ Which they did. He said he had never regretted anything so much in his life, that he knew something failed in them at that moment.

We know what threatens our humanity the most; we shouldn’t need reminding.

The capacity to project our own shadow onto others, to edit our understanding of our own frailty, to hold it at bay, to play tag with our vulnerabilities. You’re It, don’t touch me. Our attachment to an idea of malevolent foreignness, of malign darkness: this is our Kryptonite… we know this well.

Over the weeks that my mother was dying, the year before last, I went out into the nights and trained my eyes to see in the dark.

It provided a particular kind of comfort undiscovered anywhere else at that time. By then I had sat in the Chapel and the serene witness of Rothko’s velvet abyss accompanied me on those nightwalks. The truth is, it’s never been very far away, ever since.

The last feature film my friend Derek Jarman made before died of AIDS in 1994 was Blue. For many, his masterpiece – an Yves Klein- blue screen and a soundtrack.. a work made just as his sight was leaving him as he became blind.

Maybe most of all great art encourages us, as does this film, as does Rothko, not to stop at opening our eyes, but to go on to close them, as well. To go to what we know deepest, earliest and most clearly: that we humans are, in essence, humane, fair, kind. Gracious. Light-filled. Wise. And that our darkness is just what it is: an intrinsic and balancing ballast to all that loveliness.

…Perhaps the most radical suggestion we can make about ourselves is not that we are not different. Or even that we are. But that we are both.

I remember a very specific moment in my children’s development, around the age of seven, when the power of reason became the happening thing, as in, ‘ No I can’t climb up a tree with you now because this dinner needs cooking…etc?’’

Along with this magical property came the anthem that still rules in our household to this day, the mantra of it can be both.

‘Would I like the chocolate eclair or the fairy cake? Do I want to play with my Lego all night or, as it happens, go to sleep because I’m super tired?… Do I like my twin brother /sister or – could it be – that I really really hate him/her?”

…Light and Dark both at once.

Welcome to the age of reason, welcome to life.

…Wherever you are alone with yourself most will show in that magic mirror. And bear your heart witness, and keep you company whenever you need to draw on it.

We come. We take it home with us. We never really leave.

The Rothko Chapel is a sacred space because of precisely this capacity it has to re-bind, to re-balance, to re-store, to re-inspire the spirit in its simple and essential gesture of darkness held in light. Of art held in spirit. Of spirit held in life and the living of life. It is a truly humane space for humans to find themselves in.

Glamour is a word derived from the Scots, meaning ‘dangerous magic.’

The Rothko Chapel is glamorous beyond any glamour known to any Highland witch. It is a light that never goes out.

I thank you from the bottom of my heart for the kindness of your invitation.

And for the inspiration of your fellowship.”

4 thoughts on “Tilda Swinton is an iconoclast, rebel and an alien of the best kind”