“Entire townships and villages appear to have been airlifted from their historical and geographical foundations in England, France, Greece, the United States, and Canada and spot-welded to the margins of Chinese cities,” according to Bianca Bosker, author of Original Copies: Architectural Mimicry in Contemporary China. 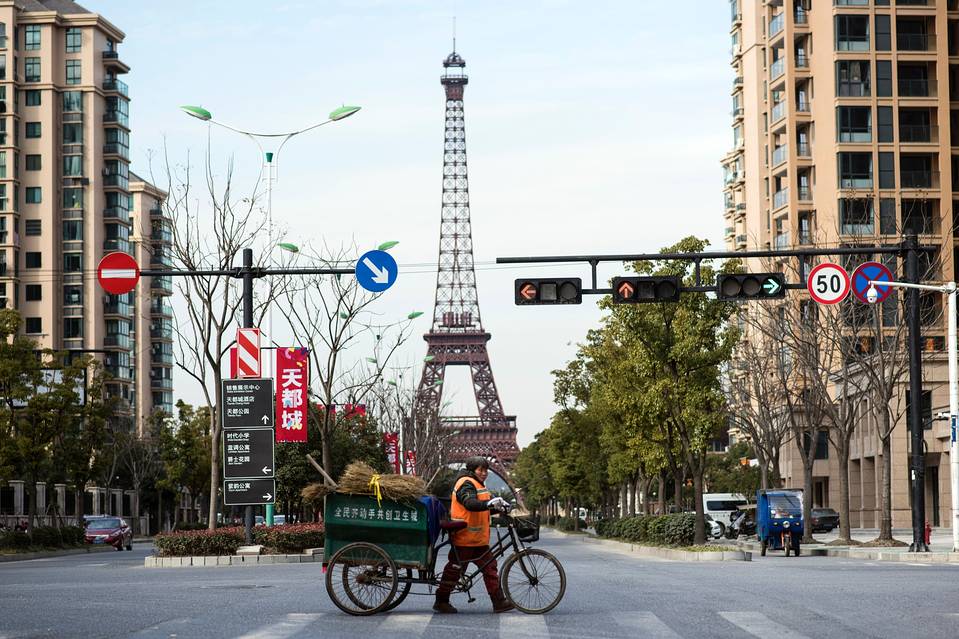 Originally conceived as an homage to Paris and including a 108 metre tall replica of the Eiffel Tower, Tianducheng was intended to be a luxurious paradise for Francophiles. No expense was spared in reproducing landscaping, sculptures and architecture in immensely realistic detail. The entire fake city was designed and developed to house more than 10,000 people. Although like a Gothic Horror, something is really amiss in this place, it’s eerie, abandoned and slightly creepy in a way. That’s because only a fraction of people live here, less than 2,000 people, leaving the vast majority of this splendid architecture in battered ruins and increasing decay. The strange and smoggy, unmistakably Chinese skyline and the sense of hopeless pervades the place. For a very vivid decription of a visit to Tianducheng have a look at Nomadosaurus.

Here is Tianducheng in all of its forgotten glory

And here is the majestic, mind-blowing videoclip for Jamie XX’s Gosh, taken from the album In Colour. The clip was shot with 400 real actors and no CGI or special effects involved. Although the result is a eerie, otherworldly and post-apocalyptic story that we can only guess at.

Thames Town is situated about 30 km from Shanghai and is modelled on aspects of English market towns and their architecture and landscaping.

It’s namesake comes from the River Thames and the 1 km square town features cobbled streets, English style gardens, Victorian terraces, corner shops and English market squares.  Direct knock-offs of English heritage buildings can be found here, including the Christ Church of Clifton Down in Bristol, along with a pub and fish and chip shop copied from buildings in Lyme Regis, Dorset. The town is a popular backdrop for wedding photography. On a sunny day hundreds of couples dressed in their wedding garb go and pose by the pretty riverside.

The developers of this part of Shanghai, known as the Songjiang New City intended Thames Town to be an attractive option for accomodation for staff and students at the nearby Songjiang University Town. Thames Town was part of a wider move to create nine unique and characterful towns with quirky architectural themes:  Scandinavian, Italian, Spanish, Canadian, Dutch and German

Costing 5 billion yuan to construct and spanning across 1 square kilometre, the project was completed in 2006. 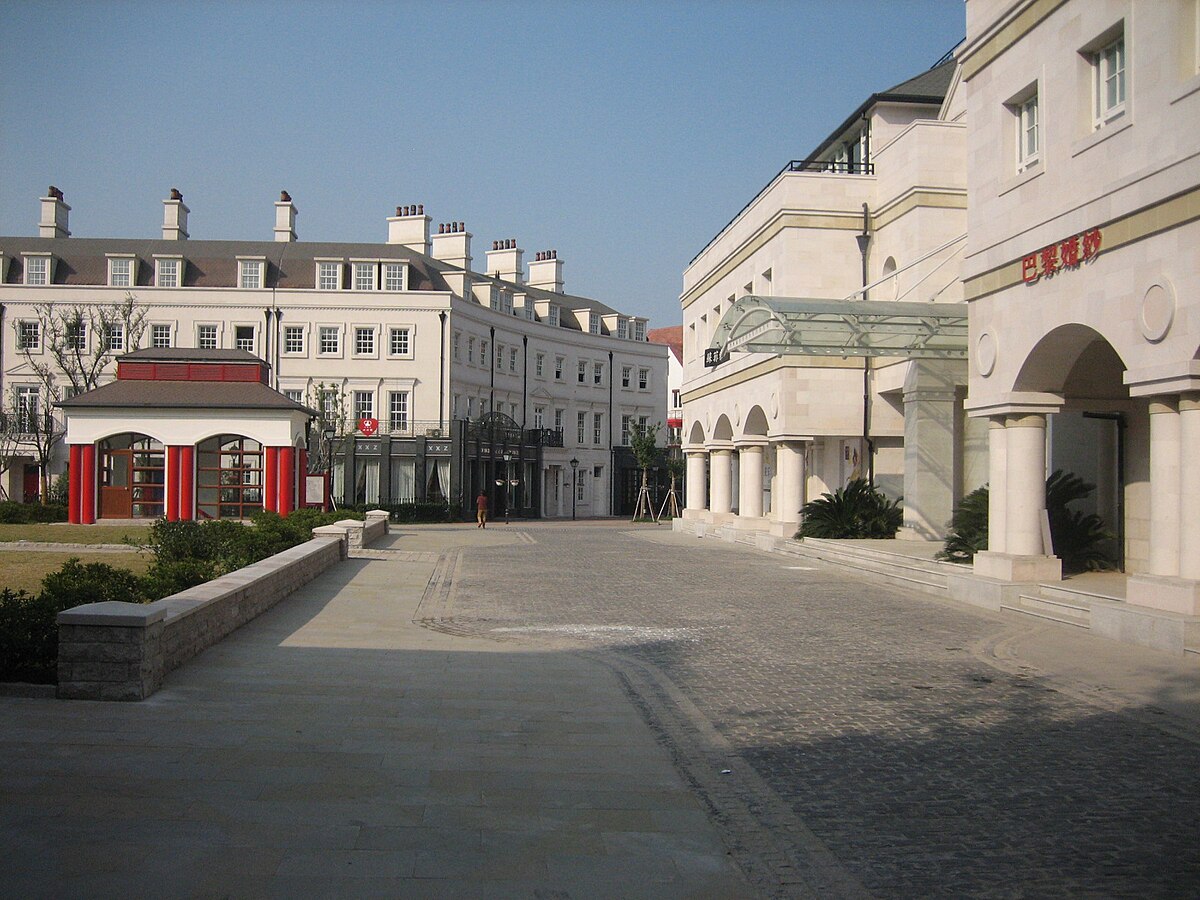