Pat Moon is the artist name of 26 year old musician Kate Davis. She’s a busy woman whose record label Track and Field in Portland Oregon is in its third year of existence and pulling in eclectic musical talent from LA, Australia and beyond.

Don’t Hide from the Light by Pat Moon is a holy cathedral-like epic album, with plenty of organs, soaring ethereal voices, echoing drum machines and synth. It’s an impressive album in scope and holds enough reverb and echoing spiritual cadences to please a group of medieval monks. “I would describe it as dark ambient”, Davis says. Download Pat Moon on iTunes

Davis is also a member of the Portland dream-pop band Cemeteries which released the great album Barrows in 2015. Don’t Hide from the Light is her first solo album and it shimmers with a unique spirit.

“It’s kind of about overcoming or figuring out the process of making this album, or like figuring out who I am and being okay sharing this part of myself.”- Kate Davis 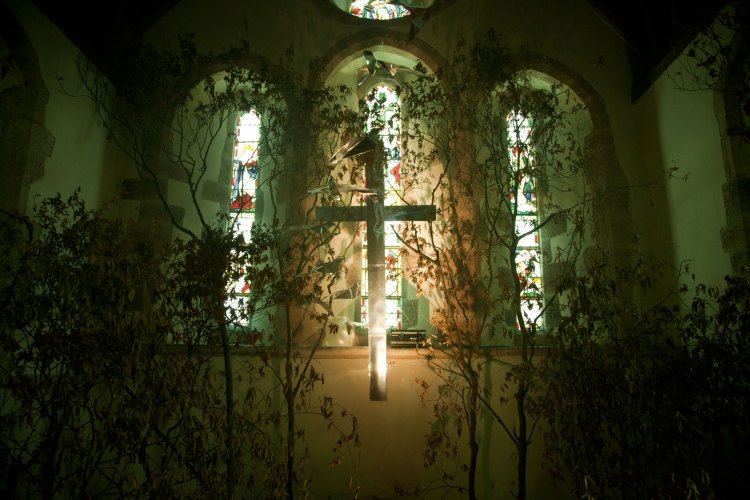 “I have written music as Pat Moon for around two years now and I released my first album this summer. Half of the songs were written in the fall of 2015. I did some traveling last December and finished writing and recording when I returned to Portland, OR earlier this year. Playing music has been a part of who I am since I can remember. I grew up with my great grandmother’s piano in the house and writing and playing came very naturally to me at a young age. I listened to a lot of classical music and have memories of watching musicals as a kid and being totally fascinated by how the performers communicated through singing.” – Kate Davis. 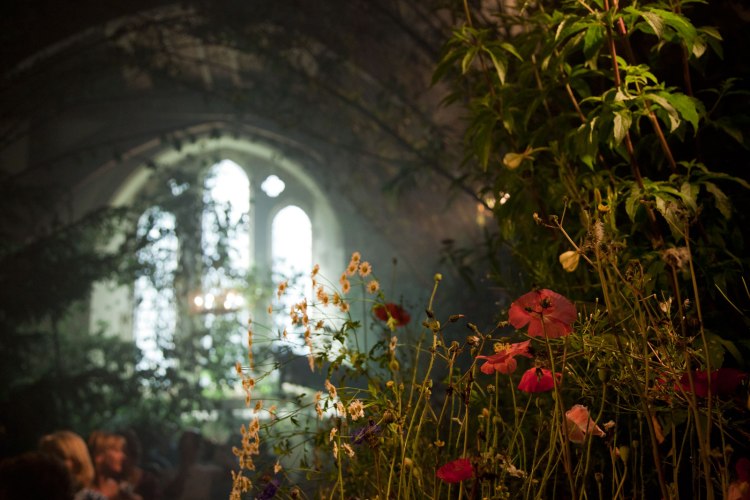 In the sweeping, cathedral echoes of Don’t Hide From the Light, you can hear a certain vibrant religiosity and spiritual tendency to it. This is big exquisite music to listen to from on top of a mountain or in a vast sweeping meadow below the cathedral of a large open sky. The first thing that came to my mind on listening to this album was the strong influence of floating ethereal music like Kate Bush, Enya, and Cocteau Twins in the sound. I asked Davis if this was correct.

“No, not off track at all. Kate Bush and Cocteau Twins are both artists that I got really into in the last 3 or 4 years and are now two all-time favorites. It’s funny that you mention Enya too because I listened to her and a lot of new age music as a teen and in school, and you can definitely hear it in the music I wrote then I think. It’s not something I thought about when I made the album but I think that it’s still engrained in me somehow. Some big influences in my life right now are Molly Nilsson, Fever Ray, and Julia Holter to name a few.” – Kate Davis

Kate hopes that her music reaches far and wide and that she has the opportunity to tour.

“I really want to tour, yes! I’m hoping to do a small run of west coast shows in the spring. I love the songs so much more than the recordings and I feel like I can really bring them to life when I play them live. It’s an emotional experience for me but I don’t think there’s anything that I love more. My plan was to go right back into recording and working on an album to release next year, but I want to take some time to learn and I don’t want to rush it. I think there was a little bit of rushing when it came to this album because I was working and writing and playing alone and no one really knew about it, and it got to the point where I couldn’t keep it to myself anymore. I’ve been very fortunate to have a lot of support online from friends and I would love to reach more people in a real life environment.” – Kate Davis

I’m really glad to have had the opportunity to interview Kate Davis a.k.a Pat Moon and to share her lush and heavenly soundscapes.

You can hear the heavenly and exultant ambient music of Pat Moon along with other ambient treasures on this podcast by Slow Motion.

One thought on “An Interview with Dreamy Dark Ambient Ingénue: Pat Moon”