Some words in English inexplicably have a defined meaning and then also mean the exact opposite of that meaning. These are known as contronyms or Janus words – the latter derived from the Roman god of beginnings and endings, often depicted with two faces looking in opposite directions).

To give official permission or approval for an action.

To impose a penalty upon someone/something.

A verb meaning to oversee, derived from Old English ofersēon: to look from above.

A verb meaning to overlook or to pass over without noticing.

If you dust crops you add chemicals.

If you dust furniture you remove dust particles.

Derived from Old English the verb to trim means to make firm, strong, settled or arranged; i.e. a Christmas dinner with all the trimmings.

However trimming as a verb refers to paring back or pruning overgrown trees – the opposite. 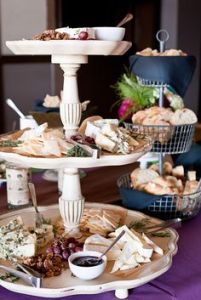 One form of the verb derives from Old English and means to cling or adhere to something. (cleofian, clifian, or clīfan.)

The other form of the verb to cleave comes from a past participle of the word: cloven. You would know the term cloven hoof. This is the other meaning of cleave: cloven/separated.

Yet colours, glue and materials can be held fast in one place.  The latter meaning derives from the term steadfast.

You can clip sheets or papers together to be bound. This comes from Old English: clyppan, to clasp with the arms, embrace or hug.

However you can also clip away or snip parts of an object away. The latter meaning comes from the Old Norse word Klippa meaning the sound made by shears.

4 thoughts on “Seven Curiously Contrarian Words in the English Language”